Turn Back the Clock

Posted by BCM on Thursday, October 27, 2016 Under: Seasons
Come the 30th of October this year British Summer Time will end. The clocks go back an hour and we’ll be coming home from work in the dark.
We weren’t the first to introduce daylight saving hours but it probably wouldn’t have happened without the campaigning of a builder from Kent called William Willett.
He thought it a defect in our civilisation that for nearly half the year the nation slept while the sun shone for several hours each day.
Rather than get up earlier, he proposed to advance time by 20-minute increments over four Sundays in April and reverse it in September.
The extra 80 minutes could then be spent exercising in the open air. For him, that meant more time for rifle practice!
It took the First World War and the shortage of coal to see his point and realise that longer evenings meant less demand for coal-powered lighting. And so, by Act of Parliament in 1916, a hundred years ago this year, the simpler BST came to pass.
Sadly, Willett died of influenza the year before and never saw it. But there’s a fitting memorial to him in Petts Wood in the form of a sundial set to daylight saving time. 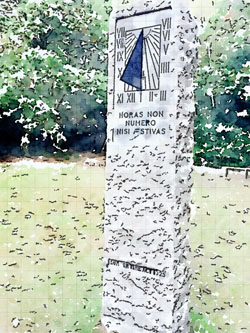 We’ll certainly miss those long summer evenings. Country Market growers especially get more time to tend their plants and vegetables so they’re in tip-top form on market days to eat fresh or use in home baked products.
But now it’s payback time. We have to find other ways to while away the winter evenings.
Hot on the heels of Halloween, so to speak, comes Bonfire Night on the 5th November. 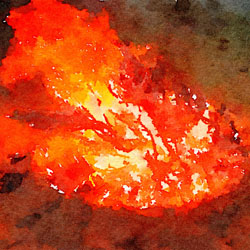 Otherwise known as Guy Fawkes Night or Firework Night, this is one tradition that doesn’t have pagan roots.
It celebrates the Gunpowder Plot of 1605 and the failed attempt to assassinate King James 1 of England when the infamous Guy Fawkes was caught red-handed guarding a stash of explosives beneath the House of Lords.
Bonfires were lit to mark the King’s survival and this has continued every year since with effigies of Guy thrown on top and fireworks for extra thrill.
Some say the tradition is dying out, that Halloween is becoming more popular.
It’s true that children are more likely to be at your door trick or treating than begging a penny for the guy. Fireworks also tend to be public affairs organised by local councils than private at home in the back garden.
Yet crowds still flock to Lewes, East Sussex, for its spectacular bonfire night parades and firework displays organised by societies in different parts of the town.
One or the other, it’s a great excuse for another party. And outdoor parties always mean picnics, even at night in the cold.
So where better than the Balham Country Market to stock up on bonfire treats to make your party go with a bang?